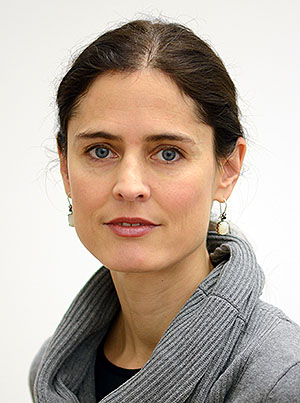 Nadia Mercader Huber received her bachelor’s degree in Biology from the Swiss Federal Institute of Technology (ETH,Zurich) in 1998, and was awarded her PhD in Molecular Biology by the Universidad Autónoma de Madrid, Spain, in 2003. The subject of her doctoral studies, carried out in Miguel Torres’s laboratory (CNB-CSIC), was the role of Meis genes during proximodistal vertebrate limb development. After her PhD, she continued her study of the function of Meis genes during limb regeneration in urodeles. These studies were performed in Miguel Torres’s laboratory (CNB-CSIC) and in Elly Tanaka’s laboratory (Max Planck Institute of Cell Biology and Genetics, Dresden, Germany). During her postdoc with Carl Neumann at the EMBL (Heidelberg, Germany), Nadia Mercader Huber studied early events in limb induction using zebrafish as a model organism. Next, she joined the Centro Nacional de Investigaciones Cardiovasculares CNIC (Madrid, Spain) in 2007 as a Junior group leader. During that time, her group investigated the mechanisms of cardiac regeneration and the development of the epicardial layer using the zebrafish as an animal model. In 2013 she was awarded an ERC starting grant to study the mechanisms of cardiac regeneration in the zebrafish. In 2014 she was promoted to Assistant Professor. Since August 2015, Nadia Mercader holds a professorship at the Institute of Anatomy and is visiting professor at the Centro Nacional de Investigaciones Cardiovasculares CNIC.

In 2019, an ERC Consolidator Grant allowed her group to continue the studies on heart regeneration. In 2020 Nadia Mercader was awarded the Max Cloetta Prize.

Prof. Mercader is individual member of the Swiss Societiy of Biomedical Research and currently holds the position of Vicedean of Research and Young Academics at the Medical Faculty.